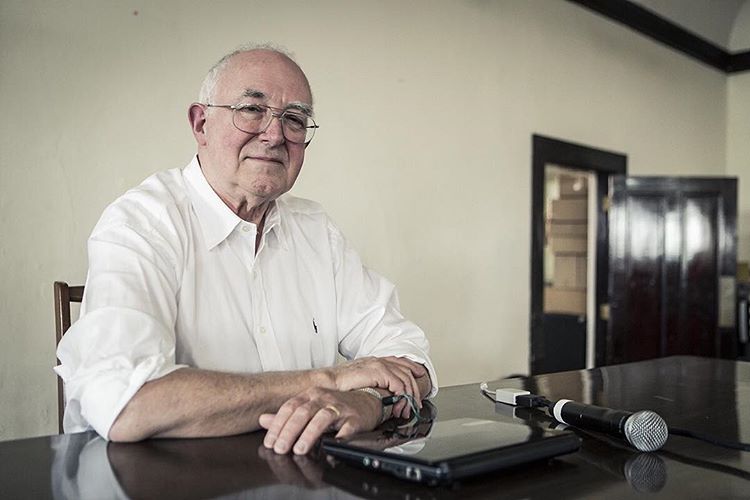 Oberheim, a legendary name in the music industry.

After researching more about Oberheim, we realize how iconic his work is and not just his gear. Also, Oberheim and Musicblip have a lot of similarities, and both feel the same way about the computer industry. We don’t exactly get the feedback we want from businesses or business executives, and we both long for something more out of our hard work and sacrifice.

Oberheim was best known for his Audio Engineering.

Tom Oberheim was known for legendary music gear, not by name Tom, rather by his company name Oberheim.

This is true for the next generation of producers, and those analog enthusiasts that like to dive a little deeper than the knobs.

Deeper than the knobs with Tom Oberheim

He was also known for crafting effects processors, synthesizers, sequencers, computers, teaching physicists, helping the world adapt to MIDI standard, and drum machines. Did we mention these were all analog too?

Oberheim founded four audio electronics companies, most notably Oberheim Electronics. Although Tom Oberheim may be known for building legendary gear, we also want to bring up that he played a huge role in development and adoption of the MIDI standard. 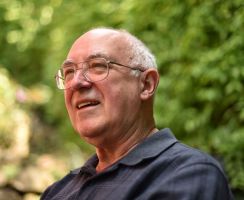 Tom Oberheim’s smiling face! You will always be a legend in my heart Mr Oberheim.

Without Tom Oberheim, we would depend on gear like the OB-8, which was built in a time before midi and was generated to be the mothership of actions and kick-off points for other equipment.

Now with MIDI, you can see why Tom realized this was such an important factor because he understood the logic behind what MIDI could do for not just his instrument but also the future of music.

Personally here at Musicblip, we live and die by MIDI OUT!

Musicblip uses MIDI thanks to Oberheim!

We like to route MIDI crafted by producers and play that MIDI through the instrument so that we can document the Key and BPM of each recorded wave file.

Oberheim was a true Genius.

Here at Musicblip, we are professional developers and artists; we can see the beauty behind MIDI and map it across instruments around our studios for many years.

The man was a genius, and still today his gear outshines and outplays expensive modern analog synths.

So, when we point to say Oberheim opened the door for easy usage across every level of production and music, we hope you understand how incredibly intelligent this man truly was, and how impactful to revolutionizing our space.

Take the Oberheim-8 for example, in a time MIDI was not even a staple.

Tom Oberheim built a unique means of changing each voice left or right pan. Oberheim put distinct panning possibilities across every voice on his instrument. These oscillate 1,2,3,4,etc. with every press of the button, spreading eight button pushes across eight voices that you control the left and right of the audio.

Oberheim is Mind-blowing, I know.

If you followed along there, you know how mindblowing that is an instrument in the 80’s!

Especially considering devices today do not come close to this complexity and only offer simple singular knob pans.

Oberheim was born and raised in Manhattan, Kansas.

Nope, not the flashy New York Manhattan you’d expect. He was born in Kansas, the least exciting, most flat and heavily policed state in the United States. The only stories you hear about Kansas is how someone either drove through it or got pulled over by the local smokies hunting for that Colorado Cronic.

While Oberheim was in high school, Oberheim had a significant interest and focus of study in electronics. Mostly surrounding amplifiers.

When you look back on Oberheim’s full life, he seems like a bit of a scatter brain. Most geniuses are. They have lots of different projects and ambitions, and one big driving passion. For Oberheim, it’s obviously music, but living in America, you learn you have to pay bills.

So, Oberheim, as jazz music fan decided ad-hoc he would move to Los Angeles after seeing an ad on the back of a Downbeat Magazine. The announcement said the club had free jazz performances.

Never heard a story about someone back in the day? Impossible odds mixed with a moderate amount of money. Yea, it’s where the story turns into the usual old school legend story. Oberheim had 10$ in a pocket, twenty years old, and in Los Angeles in July 1956.

Maybe this is before houses were worth millions and no one in their right mind could afford to live there.

Oberheim, based out of Los Angeles.

No seriously, I declined a job from Google because they wanted my family and me to move to San Francisco, California. It’s expensive to live there, so it’s impressive that he started in Cali.

Plus, back then, the government was able to give people money to go to college, and it wasn’t like it is today.

Oberheim went to college during an amazing time.

Now in America, the government has been paid off to the point that stories like Oberheim are null and void, it’s too expensive for anyone to go to college to have these types of fun stories, and that’s why you will not see any significant discoveries coming from youth.

When I went to college, only a few years ago, I had to work 3 part time jobs at Taco Bell, Chik-Fil-A, and Einstein’s Bagels, while taking 15 to 18 hour semesters.

It wasn’t until my Senior year in college that I was able to have time to work on music, and that’s where I began doing ghost engineering for labels in Germany. Making subpar digital loops and the labels sold my content on Beatport.com.

So, no you don’t hear a lot of stories like this anymore because we do not have the free time to come up with these types of amazing inventions. Rather, we have to work into our 30’s or more, before we can work on our passion projects.

Oberheim similarly lived in an age where technology wasn’t quite up to the place where he wanted to work in music, so like any genius would do, he started working in the computer industry!

Oberheim’s most prominent job in the industry of technology was helping design the computers for Abacus.

While Oberheim was in college, he was harmonizing with Gregg Smith Singers. Oberheim took his passion for jazz, while attending UCLA, and studied music courses.

Don’t forget he was a genius too, so he also studied physics, computer engineering, and rocked out with Gregg.

Oberheim had many passions and many hobbies. It was clear he knew he should spend time on the complex problems in his days and revolutionized music production, analog synthesis, and has inspired millions that do not even know him that well.

Most people when they hear about Oberheim, they do not consider Tom.

Tom Oberheim, the founder, and instinctively think of his legendary gear. It’s not as sad as it sounds. That’s just how badass Tom Oberheim is.

That’s just how iconic his inventions were at that time and even today with iPhones and VSTs, etc. Tom Oberheim gear is still the front player in music studios around the globe. His gear is still way ahead of most modern gear companies.

When products and people such as Oberheim and Musicblip realize that we can make a difference, make real jobs for good people, and not just profit like these mega store companies.

That’s why Oberheim fought for MIDI and also why Musicblip offers loops and samples affordable because if we can put an analog synthesizer on the desk of any producer in the world, without having to sell them a four thousand dollar synthesizer.

Bad business practices shackle the bedroom producer from the industries standard of ‘if you can afford to buy it, you can have it.’

We help out there by offering customers 20X more loops to download, and they come from live recorded sessions. Not ghost producers.