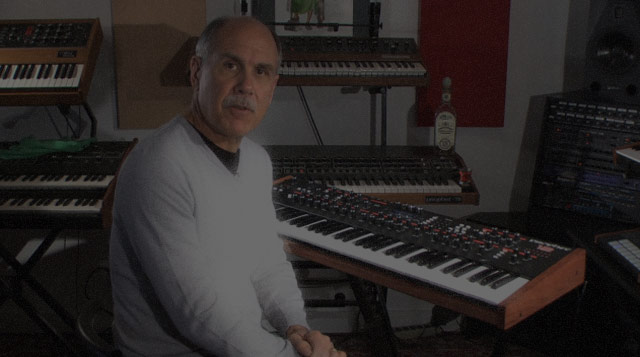 Dave Smith Instruments is a legendary company. Every single owner of an analog synthesizer knows this guy name. If you want to get free loops of the latest prophet 6, be sure to check out our loops and samples shop.

If he hadn’t named his company Dave Smith – maybe you wouldn’t know about him?

Dave Smith Instruments is a well-known name in the music industry world. But, like in most cases, you probably never heard of it, unless you’re a composer or a producer. The reason is simple – you couldn’t imagine your work without having some of their gear. And over more than 20 years since they’re operating, you had the opportunity to test and taste quite a few.

What Dave Smith and instruments have in common?

The mastermind behind the brand is an American engineer and godfather of MIDI, Dave Smith. His interest in music engineering and production became evident during his studies at UC Berkeley. When he finally obtained his degree, he could devote himself to his research.

His first professional synthesizer was done after working hours – just for fun. He started exploring how he could create a tool for keyboard players, composers, and producers. The goal? Help people to have some fun while exploring the vast world of music.

Dave Smith Instruments came out after years of researching and studying the field of analog synthesizers.

It’s simple – they stand out in many ways. They’re not just here to make big bucks on someone’s passion. They’re here to teach and to lead. 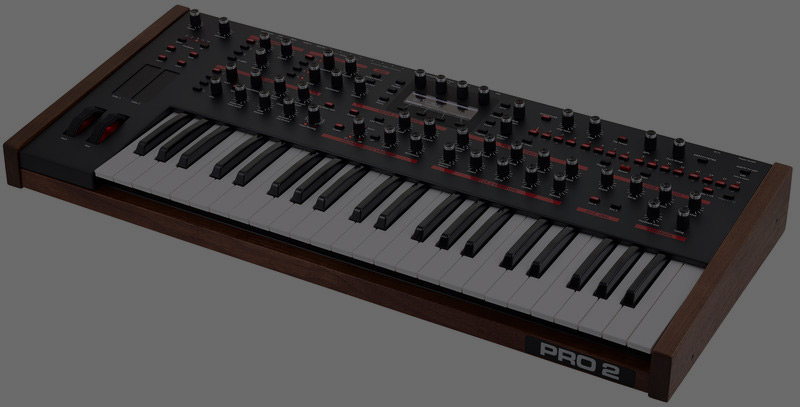 Dave Smith Instruments Pro 2 analog synthesizer is one of many impressive synths by Dave Smith.

When he started his first project (which later became Prophet 5), Dave Smith – a.k.a the godfather of MIDI – had just one thing in mind: how to create a tool that would help you to control all the qualities with just one button?

Since he was a child, he was intrigued by the way things work. His interests lead him to study Computer Engineering – he was a UC Berkeley student! Besides his studies, he was a music lover. He is, actually, a performer himself!

From that point of view, he was looking for a unique solution in creating one instrument that will help a musician to get whenever he wants to go – and with the turn of one single knob!

Maybe he didn’t realize it at the time – after all, he was working synthesizer engineering as a side project – but his techniques and creations soon reshaped the music industry in many ways. He was lucky enough to live in the hectic Cali Bay, which was at the time, the Silicon Valley for musicians, engineers, and performers alike.

The biggest value you get from Dave Smith Instruments

Owning a gem from a Dave Smith Instruments collection is an exceptional experience.

Just imagine the enthusiasm which leads Dave (or Mr. Smith) towards new discoveries. He was thrilled to find an instrument that interacts with him as a performer. That was a cornerstone of his research – to make instruments with their personality.

Dave Smith likes them better than digital (although, Mr.Smith did some pretty good ones with Yamaha or Pioneer), and the reason is quite simple.

Analog synths and Dave Smith Instruments. Not so much digital synths.

An analog synthesizer, according to Dave, can offer you a way to interact with your instrument.

Dave Smith the Founder of Dave Smith Instruments. Didn’t spend too much time on that company name, did we? 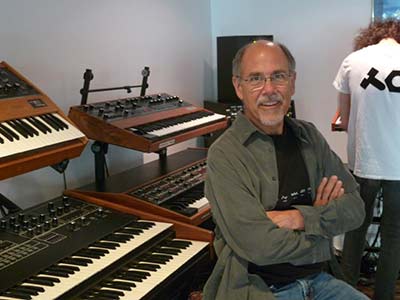 Dave Smith of Dave Smith Instruments! Thanks for making these legendary classics

He’s not sequenced with one voice. He’s not uniform in any sense of the word.

Analog synthesizers help you to rediscover the creative side of the music making process.

Many digital pieces offer only one pitch or one sound collection to work with, and they kill the fun, the excitement and the sense of creation.

How can you feel the music if you don’t feel that’s something that came out of YOUR mind?

“It was a great period for me,” says Dave Smith in an interview. “I was focused on sound, on the way that music interacts with my fingers and my voice. I was amazed by the power of that music!

Even after I’ve created some digital synthesizers, my heart was yearning towards the analog ones.”

As we take a look at music industry today, we can surely say that it would be much different without Dave Smith and his instruments. The godfather of MIDI took a road that was bold and shaky, but he took us to a better place.

Parallel to his day job and work in engineering synthesizers, Dave was figuring out the way to standardize the electronic language that will allow all the instruments to communicate with each other in the easiest way. However, he wasn’t alone in that quest – with the help of Tom Oberheim and Ikutaro Kakehashi. All three of them had the vision to help performers, producers, and composers to control multiple instruments at a single station. How cool was that?

Today, MIDI is not a luxury anymore. However, the rise of the music industry, especially the digitalization of music samples and loops, lead to creating… Well, we’ll just say that there is a lot of stuff going on there, but not many “real deals.” If you want to create something valuable, don’t make excuses on how tough the industry is, or how expensive the studio is.

You have all you need – what are you waiting for?

Starting your thing with Dave Smith Instruments under your belt

Like we said, no more excuses – let’s get on to work! Dave was thinking about everything: his knobs give you the single most perfect route which will lead to you a fantastic sound, and the filters he uses on his synthesizers… You couldn’t get enough of them!

Filters are the single most important feature of any synthesizer, not to mention their value on some serious gear. Without a filter, you couldn’t experiment with the sound the way you wanted to.

You would have a monophonic, uniform, flat sound which actually couldn’t do anything special. But with the right filter selection, you could create your story behind those keyboards.

Not only that – you would help the world to recognize your sound whenever it appears.
Yep, that’s a pretty cool thing for a musician – to control their gear and make music which will sound like the person who created it. We’re living in a world of multiple identities – you just need to figure out yours, and stick to it to the bone!